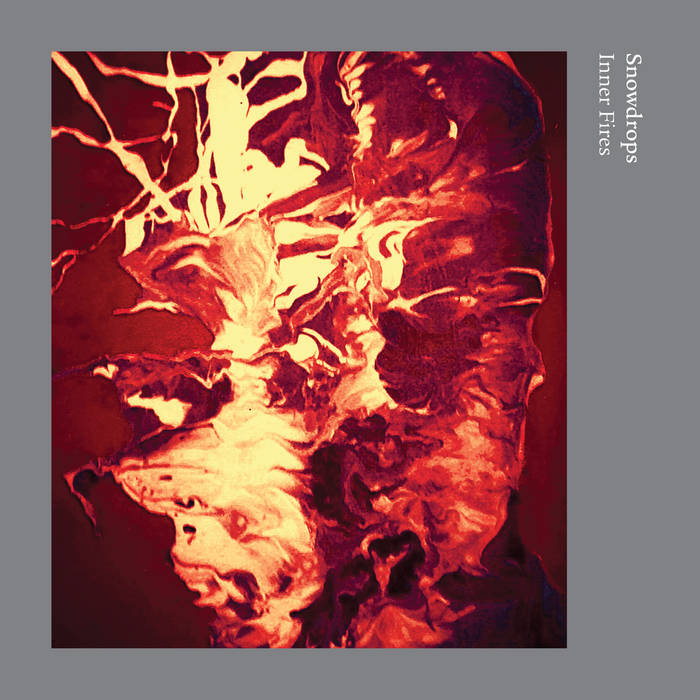 France based chamber duo Snowdrops return with their final release of 2021. Arguably their most adventurous and experimental release to date, ‘Inner Fires’ features four tracks of Ondes Martenot, piano, synths and tubular bells with Richard Knox (A-Sun Amissa) featuring on electric guitar on the closing track.

Inner Fires comes at the end of a prolific year where Christine Ott and Mathieu Gabry released some captivating music, whether through their personal projects (‘Time to Die’, Gizeh Records), or common side-project (‘Theodore Wild Ride’, Icarus & Consouling Sounds). The new Snowdrops opus comes a year after the highly acclaimed ‘Volutes’ (Injazero), indexed in the 10 best contemporary albums of 2020 for The Guardian newspaper.

Sitting in the crosshairs of modern classical, experimental electronics and contemporary composition, ‘Inner Fires’ develops the progressive dimension already sketched in ‘Volutes’, based more on improvisation and interpretation than on an overly produced approach. The album is nevertheless a detailed, textured and highly evocative work where the interaction between the performers on a wide range of instruments creates a unique musical material.

The first two pieces give pride of place to the Ondes Martenot, which has previously brought Christine Ott to a wider audience, whether through her regular collaborations with Yann Tiersen or Tindersticks, or in the classical field as a renowned performer of works by Olivier Messiaen or Arthur Honegger. They are in turn lyrical in the opening piece “Elevation” and darker and more experimental on “Egopolis”; but it is the piano that remains the central point of the sound architecture of Inner Fires. However the duo thwart pianistic codes, by intermingling the grand Steinway with a cheap digital piano, creating a duality and a confusing game of transparency, a dystopian universe that is best described by Christine and Mathieu themselves:

« Inner Fires is an anticipation disc in four chapters, a sort of cinematographic dramaturgy presenting four instrumental pieces that tell us about collective loneliness and underground collectives, sleepy thoughts and sudden awakenings. The resignation of each, the courage of some. It speaks of introspections and expressions. Of the slow disappearance of our beings from our world, and of the intense fight to bring them back to life. On the edge of the precipice. Like a cry of alarm. So as not to become a society of specters. »

Forwind’s final release of 2021 will be available in a limited Glass Mastered Digipak CD edition and lossless digital formats.