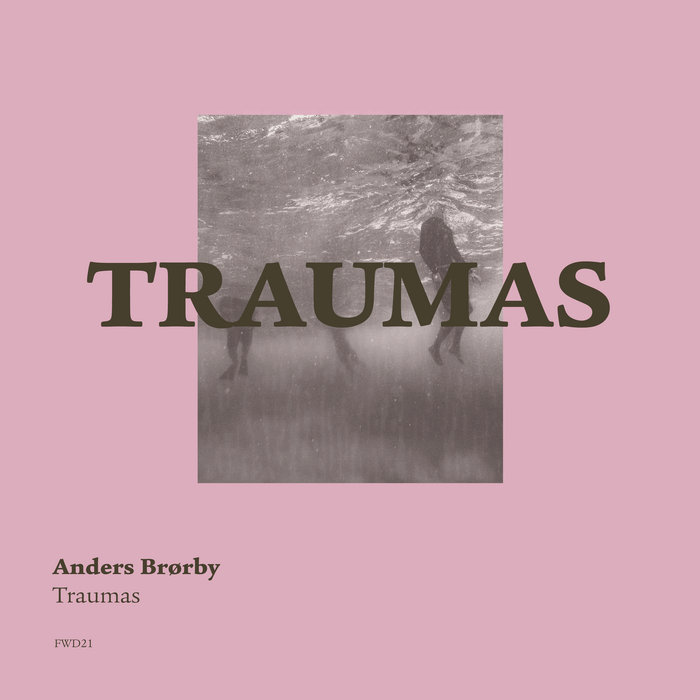 'Brørby hasn’t just produced a well-crafted, fascinating album. He’s produced a line of sight into a kind of tension and sadness we should all understand, even if we never experience it directly.'
– Kevin Press - Badd Press Blog

FWD21 sees Anders Brørby make his Forwind debut with an articulate and personal piece of work. Anders explores feelings of ’fear, isolation and trauma’ by taking on a wide range of styles using both analog and digital recordings. We shift from hazy and emotive 4/4 numbers that would work in deeper house and techno sets via ambience, noise bursts and reflective acoustic pieces.

While the album includes ideas and approaches that can be taken apart and discussed on a conceptual and technical level, Traumas is not an exercise in abstraction but an album that wears its heart on its sleeve. Like a cracked mirror held up to the stages of grief Traumas buries deep into the scores of the more challenging parts of life, relationships and memories.

Traumas works poignantly and effectively as it moves quickly between approaches and stances, much like the functioning of our own minds as the thoughts flow and feelings mutate. An early example is when the confrontational opener ‘Hatred to all Living Things’ is followed by ‘Body Love’ which sees one of the most beautiful cuts on the album act as an early celebration of life and defiance as the vocal insists ‘I don’t feel bad’. Nods to guilt and religion surface throughout the whole album.

Traumas deals with physicality in a visceral yet ambiguous way. Cruel Morning Orgasm paints an immediate and vivid picture when taken literally, on face value. However the track itself open the listener up to the possibility of another meaning where nature breaks in and the day begins in a burst of unsettling energy. It’s a fitting example of the multiple layers, varying meanings and clever use of tension throughout the album.

Depression Puzzle sees the album reach its angriest place as snarling noise bursts heighten the already tense atmosphere underpinned with an acoustic guitar loop. A peak has been reached as the next tracks take the tension down a notch for the albums closing thoughts. Describing Beauty and I Won’t Be around When You Really Need Me are moving pieces that provide some gentle ambience juxtaposed against busy atmospherics. It’s hard to get the mind to fully calm down.

Anders closes the album with Dogma, a subtle number where piano is front and centre. Mirroring the artists journey from ‘a destructive place’ the listener also arrives somewhere very different to where they started out. There’s a sense of melancholy present but there’s some hope and resolution in there too as the field recordings point to life continuing on, always interconnected, separated only by perspectives.

Traumas will be available as a handmade CD-R package and across all the usual digital outlets and services.

Written, recorded & produced by Anders Brørby
between June 2017 and May 2018
Clarinet by Andreas Hoem Røysum
Mastered by James Plotkin
Design by Hannes Jentsch